We are proud to announce the first batch of America DLC ACC circuit bundles have been released. Both McLaren 720s GT3 and Ferrari 488 GT3 EVO setups are now released. 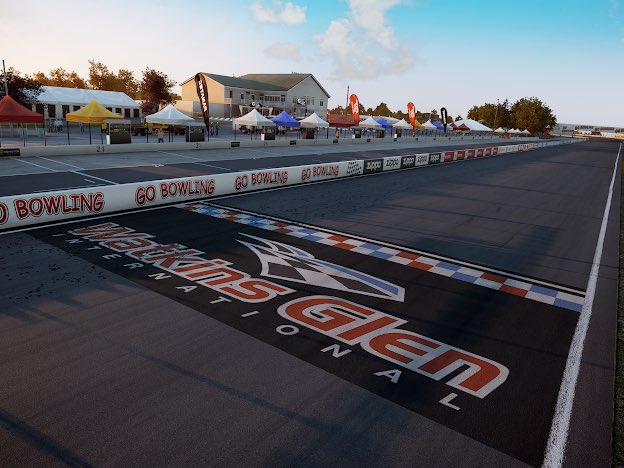 This is it everyone!

We are excited to announce that this week is where we start to release our first America DLC bundle packages for Assetto Corsa Competizione. The first two full bundles being released can be found below. We will aim to release at least 2 full bundle packages each week as we work through one car and track at a time.

Do you have a favourite car you drive? You can find out where it places in our release list below.

Due to some delays caused by the ACC servers being down during updates this week, we are still working on the Continental GT3, however we are pleased to announce the McLaren 720s GT3 and Ferrari 488 GT3 EVO are now fully released in both bundle and subscription form with all tracks populated on the database for both cars.

As mentioned last week, the bundle prices will mimic exactly how the existing British GT bundle packages are priced right now. This means they will sit at £6.99 for the full bundle of 3 tracks or £5.50 for each individual circuit purchased in isolation.

To purchase the two new America DLC bundles all you need to do is click the links below:

The tracks are now also ready to download on the database if you are a subscription customer. If you are not an existing subscriber to the Coach Dave Academy ACC subscription, click the link below:

For all the new releases listed above, new hotlaps will be published on the Coach Dave Academy YouTube channel when they are ready to be uploaded.

What order are you releasing the cars?

Missed our first setup livestream for the America DLC on ACC?

Yesterday Jakob Ostermann and Saiduth Ramesh took the McLaren 720s GT3 out for a spin at Watkins Glen to make the setups for the new America DLC bundle. Want to catch up on the action? Click the link below:

That’s all for this week, I hope everyone enjoys the new content and make sure to check our announcements for next week to find out what cars are ready to download.