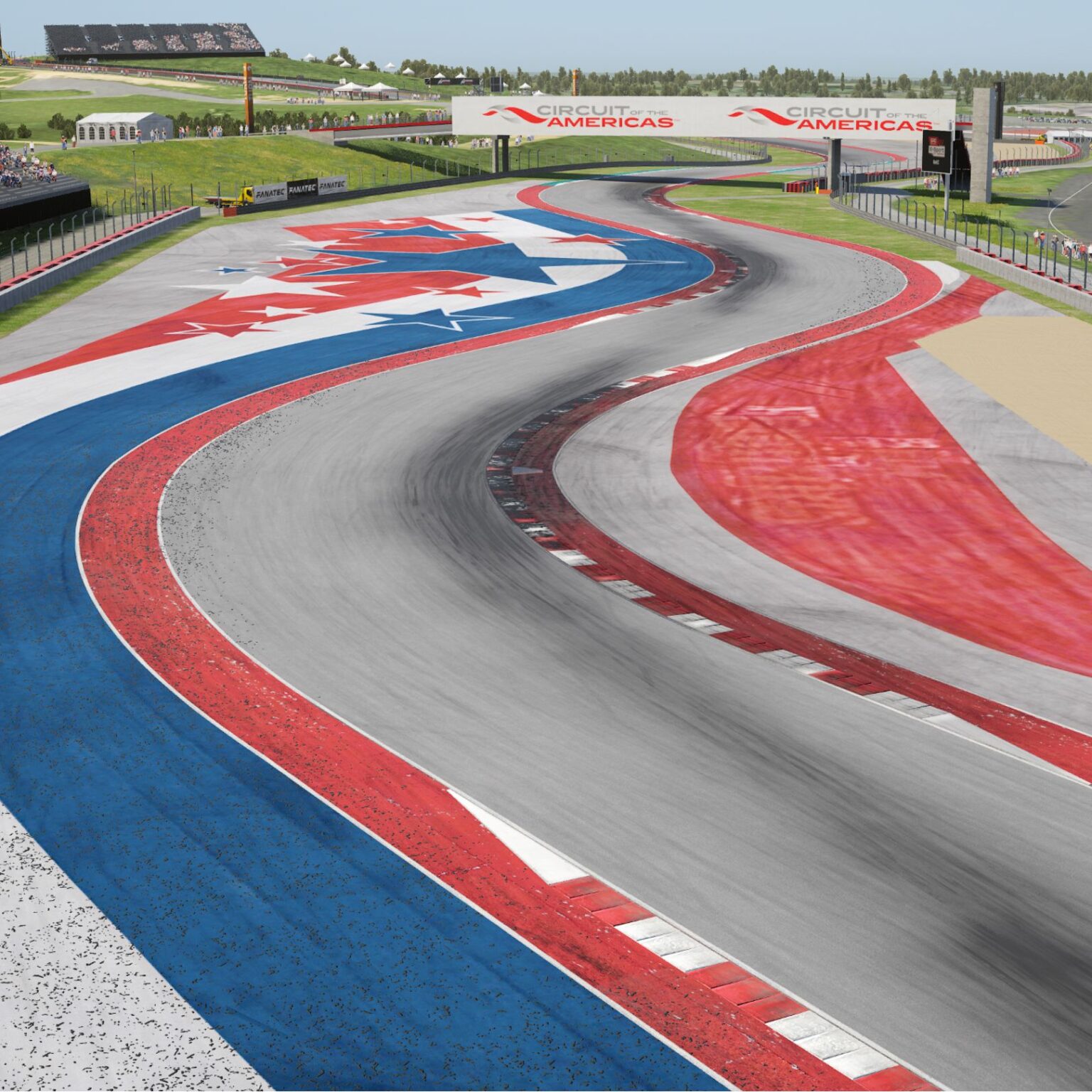 For this week’s release in ACC, the team have worked extremely hard to get both cars, the BMW M4 and the Continental GT3, ready and finished before the America DLC release. We are pleased to confirm that ALL tracks for both cars have now been updated.

For both cars our main focus was to improve the driveability and stability at medium and low speeds. The Bentley in particular struggles with it’s torque delivery and some setups were a tad too aggressive when it came to traction off of the slow stuff. Something we wanted to address.

The BMW is quite restricted when it comes to geometry changes and so work on the wheel rates, and damping was of importance to us. The car is inherently unwilling to rotate too much, but the power delivery is very aggressive and so fine tuning was needed to minimise its impact.

What’s The Plan For The America DLC Package?

With the release of the America DLC package today there are obviously some very important questions to answer, so let’s go through them one at a time and how Coach Dave Academy plans to work through the content.

How much will the DLC be?

Just like the previous British GT DLC package, the America DLC will get its own mini bundle with all 3 circuits inside for each car. This will be separate to the other packages and the retail cost will be identical to the British GT bundle at £6.99.

If you are a subscription service customer, there will be no changes to how we normally add the products. As and when they are released in order, the cars and tracks will be populated on the back end for you to download in your account area.

What order are you releasing the cars?

When will you start work?

Work on the new circuits will commence on Monday 4th July to give the drivers time to test on the new tracks and get up to speed over the weekend. We will then work through the above list in order, with GT3’s first and then working down to GT4’s and then the single make cars.

We will be hosting our first setup livestream for the America DLC on Wednesday 6th July at 2pm. Jakob Ostermann and Saiduth Ramesh will be taking the McLaren 720s GT3 out for a spin at Watkins Glen to make the setups for that combination. Make sure to join us on the Coach Dave Academy YouTube channel to watch.

Thank you for your continued support, it means a lot to the whole team.

Have a great afternoon.