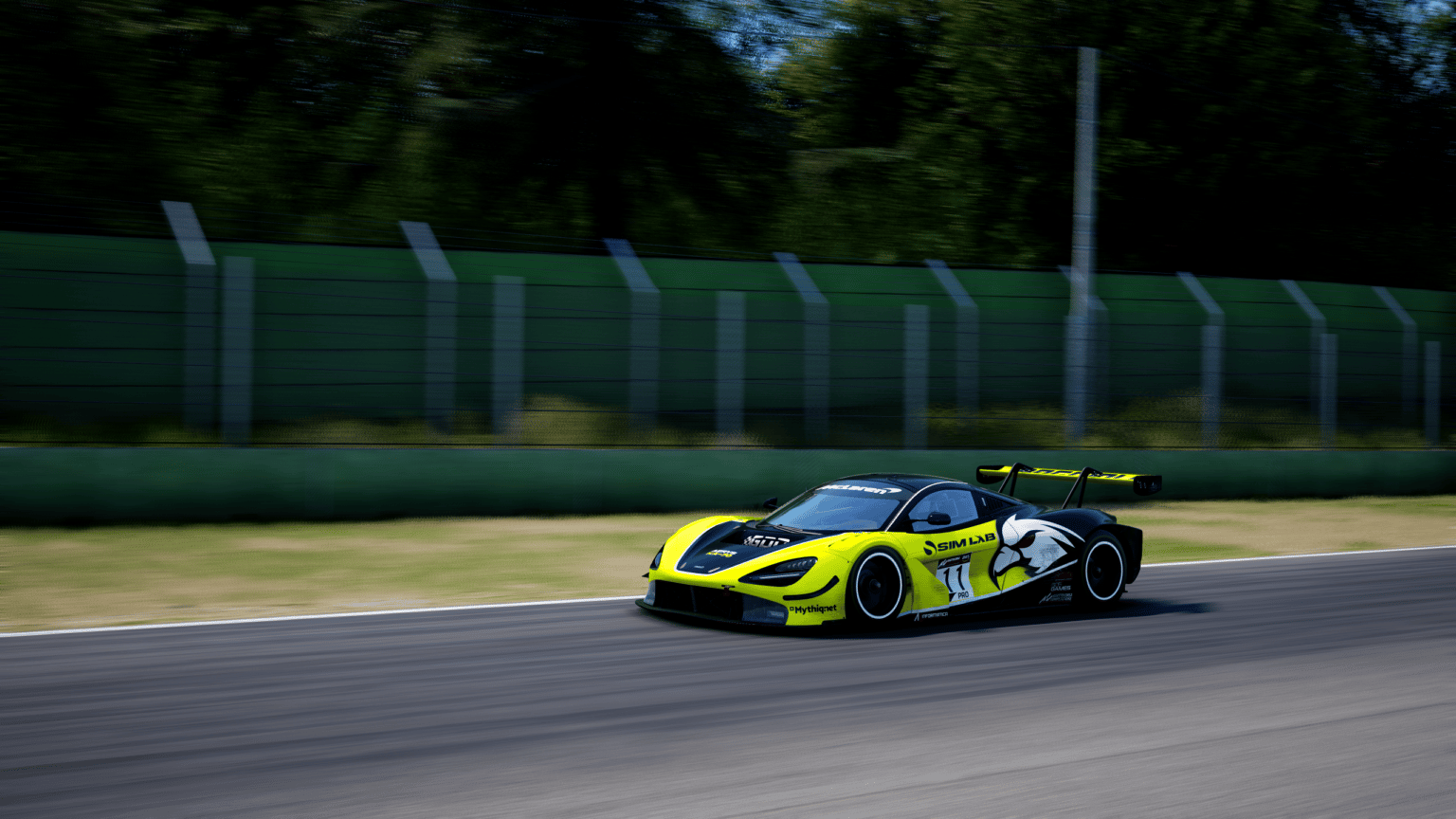 With the last few tracks completed the McLaren bundle has now been finished with all the V2 setups.

As mentioned last week, regarding the damper update, the behaviour of the McLaren has also changed recently. Overall we felt the car was a little too understeer biased and rough over the kerbs with the V1 setups. Traction could also be improved based on our testing and so we set to work on improving them.

In general, wholesale changes were made to a lot of the setups to get the car into a more comfortable window where a driver did not have to compromise their driving style as aggressively. A new aero balance was found to put the car into a nice stable window and we then refined the setup from there, to build kerb compliance and more mechanical traction into the setup.

For that, damping and wheel rates were adjusted along with toe changes to bring the setups into line with the more recent adjustments Kunos have made regarding that controversial subject.

Every single one of the 19 circuits were tested and adjusted when updating the bundle so there is new content regardless of the server you join and circuit you visit.

These updates are FREE for existing McLaren bundle customers and those who have an active subscription on Coach Dave Academy.

Not a customer yet? Try the updated McLaren 720s GT3 bundle below:

The following setups are available for the new Ferrari Challenge EVO Bundle:

We are aware that progress has been slow with the challenge, next week we’ll be putting all teams on it to speed progress up.

When is the next livestream?

Taariq Adam and Saiduth Ramesh will be tackling Brands Hatch in the Ferrari 488 GT3 EVO as part of the development of the Ferrari bundle. Recording will take place this week and it will be released at 2pm on Wednesday afternoon on the 8th June on the Coach Dave Academy YT channel.