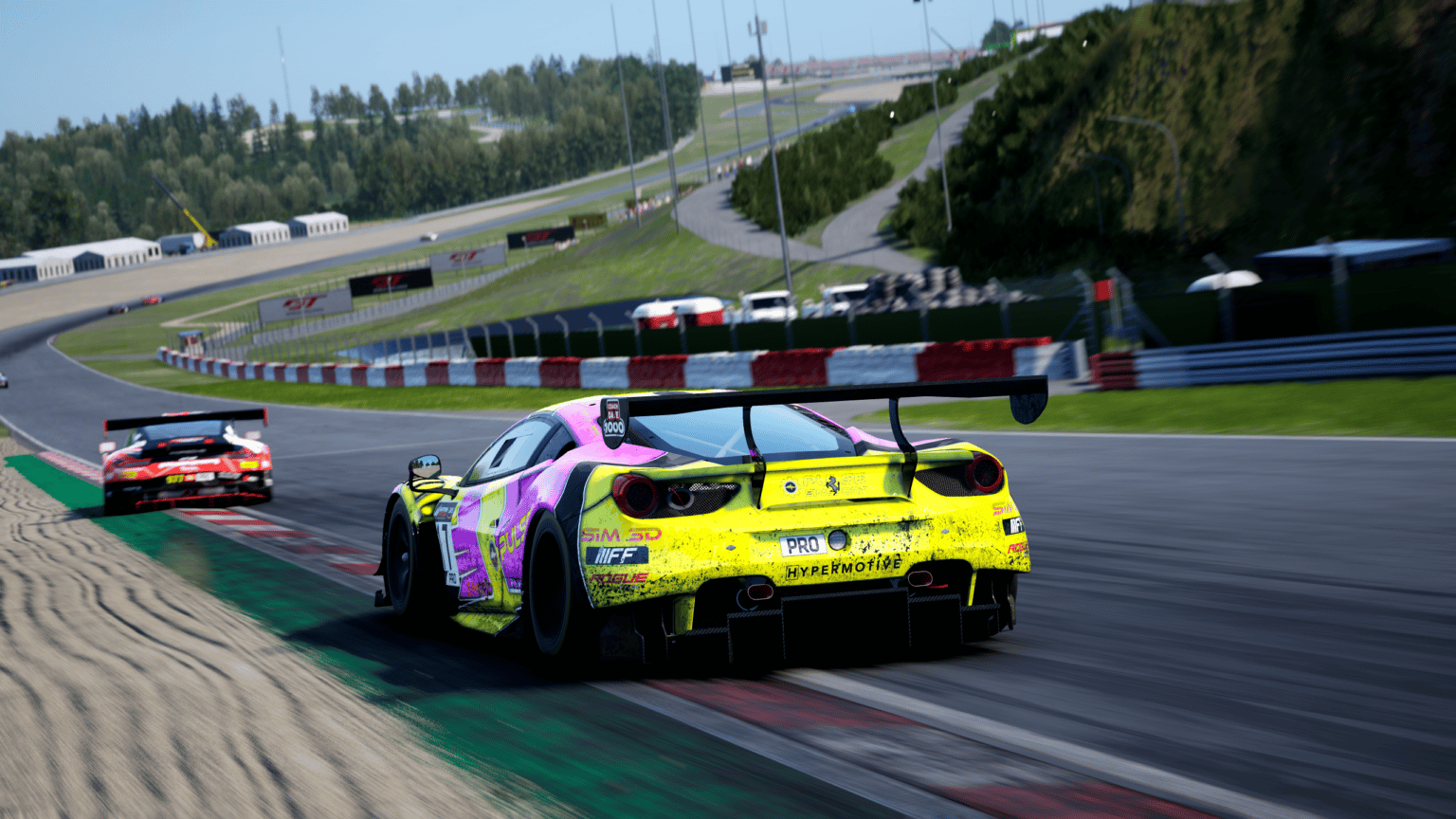 The Ferrari 488 GT3 EVO CDA3 bundle has finally been updated. What exactly have we changed from the previous 01’s and how did we achieve that?

The Ferrari is a complicated car in ACC. It gained a lot of natural speed when the toe changes first hit V1.8 and it suddenly made the car extremely fast due to it having a big negative toe range (-0.4). In recent patches with the toe being somewhat negated, the car went back to being quite unpredictable and difficult to drive on the limit.

So our goal with the V2 update for this car was very simple: get the car to retain some of its lost rotation from the toe without impacting stability to the point the car got extremely nervous.

To get some of the mid corner understeer eradicated we have generally stiffened the rear of the car wheel rate wise and adjusted the ARB’s, particularly the front ARB consistently. The front end of the car is generally the weak point once it has loaded up and so we really wanted to focus on that.

Optimising the dampers to help the rear on power and then experimenting with differential settings were also a big target for us. Overall we feel the car is now much more responsive on the front end, especially from the mid corner phase onwards where we felt the car was at its weakest on the 01’s pretty consistently. This should now give customers much more confidence to push the car rather than having to fight some inherent push in the setup.

These updates are FREE for existing Ferrari bundle customers and those who have an active subscription on Coach Dave Academy. Meaning you now have 01 editions that are slightly more understeer orientated and safe to drive, and now brand new 02’s that are aimed solely at providing you a platform to get top results in ACC races.

Not a customer yet? Try the updated Ferrari CDA3 bundle below:

The following setups are available for the new Ferrari Challenge EVO Bundle:

The following tracks data have been updated for the Honda NSX GT3 EVO 2 wet bundle to contain motec data:

Taariq Adam and Saiduth Ramesh tackled Brands Hatch in the Ferrari 488 GT3 EVO as part of the development of the Ferrari CDA3 V2 bundle. Watch below as both optimise the original setups for the latest version of ACC: