A fresh drop of content from Coach Dave Academy which includes CDA3 V2 V1.8 updates for the Mercedes AMG GT3 EVO along with our latest setup livestream and the CDA Time Attack lap guide for week 2. 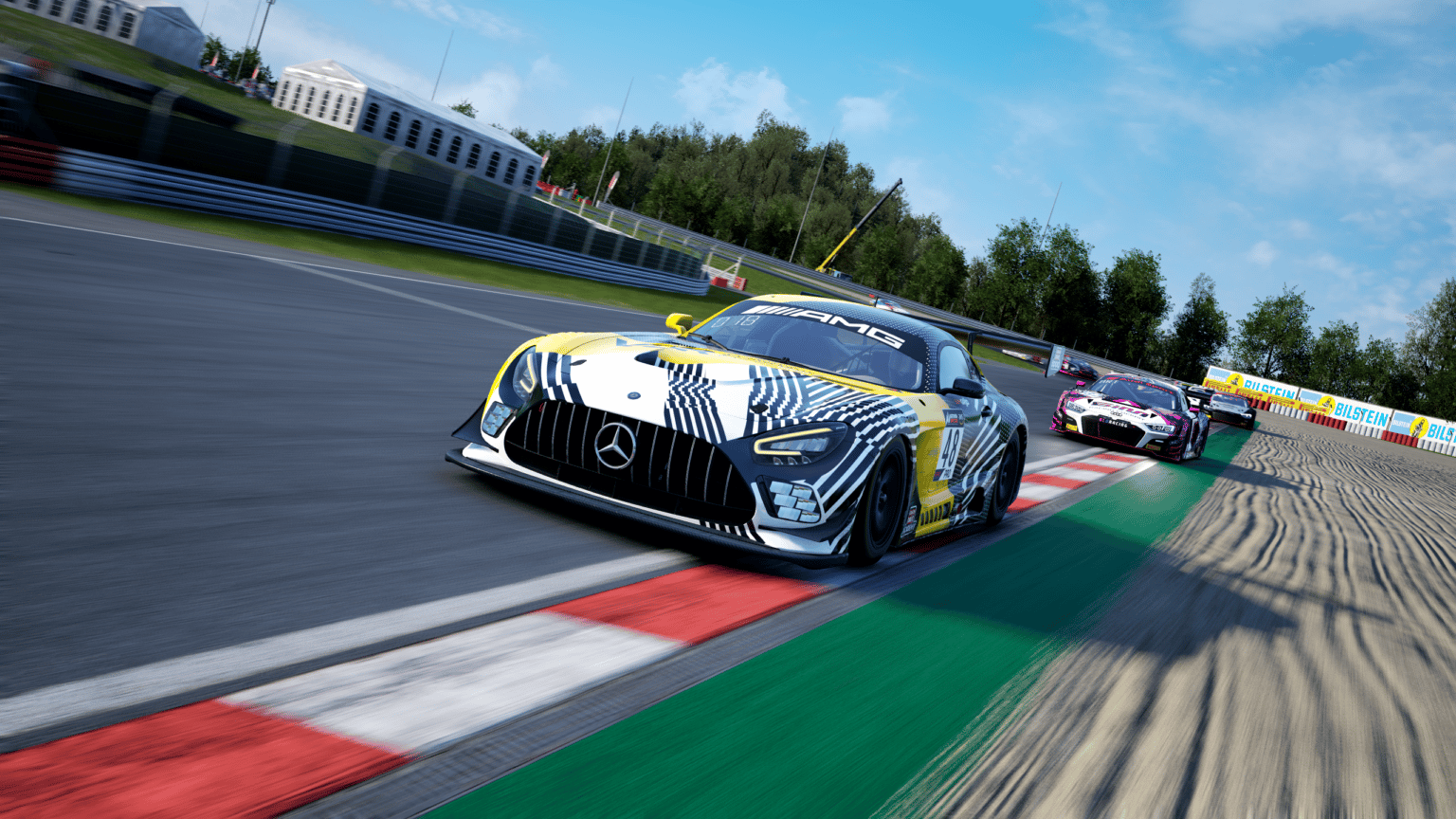 For this week’s release in ACC, the team at Coach Dave Academy wanted to focus all their attention on getting the Mercedes AMG GT3 EVO finished and ensuring the full bundle was updated for this week’s release. As with the previous cars, all 19 circuits now have updated setups and motec data for customers to enjoy.

The Mercedes AMG GT3 EVO CDA3 bundle has finally been updated. What exactly have we changed from the previous 01’s and how did we achieve that?

The Mercedes AMG GT3 EVO is a tricky car to get right in Assetto Corsa Ciompetizione. You are constantly walking a tight rope of push understeer on power and lift off oversteer on entry. This is in part due to its very rearward fuel tank position and also the car’s longish wheel base. Since the toe changes, the car has been less affected in terms of straight line speed than others in regards to the higher rolling resistance due to it’s high torque, however it can still suffer from high tyre wear on the front axle.

Overall the car needed differing adjustments based on the challenges of the circuits we faced. In the latest patch, some circuits had become much more front limited and others rear on entry. Paying special attention to the diff preload, bumpstop ranges and stiffness as well as rake and toe/damper changes, we were able to get a consistent feeling across the 19 circuits that should bring much more consistency than before.

Not a customer yet? Try the updated Mercedes EVO CDA3 bundle below:

Elvin Smith and Jose Javier Buisan (JJ)  tackled Nurburgring  in the Mercedes AMG GT3 EVO as part of the development of the Mercedes CDA3 V2 bundle. Watch below as both optimise the original setups for the latest version of ACC:

Don’t worry we have you covered. If you are competing in Season 2 of the Time Attack Series and need some extra tip ahead of the final few days of hotlapping, Elvin Smith is on hand in the Honda NSX GT3 EVO to show you round week at Spa Francorchamps: