What’s new in ACC with the ACC Challengers Pack?

Assetto Corsa Competizione has just received the first major update and DLC of 2022. The new Challengers Pack is now available on Steam and with this release, ACC continues its expansion inside the GT racing world: five new cars are ready to hit the track.

The GT3 field just got bigger, with the addition of the Audi R8 LMS Evo II, Porsche Cup and Lamborghini Super Trofeo, while the BMW M2 CS Racing and the Ferrari 488 GT3 Challenge Evo bring with them two new categories inside the sim.

The GT3 field is about to welcome a new competitor, the Audi R8 LMS Evo II. This 2022 version is the third car by the House of the Four Rings in the premiere ACC racing category. With it being just released, it is quite early to get into Balance of Performance discussions, but it’s definitely an improvement on its older counterparts.

Compared to the previous models, the first difference that comes to the eye is traction control management. While the 2019 Audi Evo had just one TC value, the new competitor features TC1 and TC2, like the Aston Martin or the Ferrari for example. Overall, it looks like the electronic aids of the car have been completely revised. The traction control on the old Audi sometimes did not feel great: on the contrary, in the 2022 model, it looks improved.

In terms of general handling, it looks like the new car is more balanced and, with some setup tweaks, might as well compete at the front of the field. For sure, the new Audi is more levelled with its rivals, compared to how the BMW M4 was on release day. Of course, to have a better idea of where it belongs in the GT3 field we will have to wait until it gets officially on track on the top-notch series at The SimGrid.

Lamborghini Super Trofeo and Porsche Cup are generally considered two niche categories. The new Lamborghini Huracan Super Trofeo EVO 2 and the Porsche 911 GT3 Cup (Type 992) follow the path traced by their predecessors but might change the story, as they could become more appealing to racers compared to the past.

This involves in particular the Porsche Cup. Talking about lap times, the category is somewhere in the middle between a GT3 and a GT4 but has not much to share with either regarding the driving style. Both the previous and the updated versions of the German manufacturer are very difficult to handle, with the lack of traction control representing a tough challenge for any newcomers willing to try out the car. The new Type 992 is worth a try though, as it feels a bit more gentle compared to its predecessor.

Easier to handle, faster on the timesheets compared to the Porsche Cup and with an amazing engine sound: the new Lamborghini Huracan Super Trofeo EVO 2 definitely deserves to be taken for a ride. Compared to the GT3 cars, the Super Trofeo is slower on lap times due to its reduced grip through corners, but it is way faster on straights. Faster, but not the fastest anymore with the latest update.

The just-released Ferrari 488 GT3 Challenge EVO brings a new category inside the sim and of course a lot of curiosity around it. In terms of lap times, it is possible to say that it might be found somewhere in the middle between a GT3 and a Super Trofeo. Similar to the latter, the Ferrari Challenge can be pushed to incredible speeds on straights, up to the 7th gear.

Of course, there are some downsides that slow the car down compared to GT3s. First of all, we should not forget that this is a GT. By reaching a higher top speed, some anticipated heavy braking is required to make it through corners. Grip is overall reduced if we compare it to a GT3.

From one extreme to the other: the new BMW M2 CS steals the scene to GT4s and officially becomes the slowest car in Assetto Corsa Competizione. This car will race in a category of its own too. Being so slow and predictable are the characteristics that make the BMW M2 CS perfect for newcomers to the sim and for some wheel-to-wheel racing as well – it may not sound the most fun, but it’s really underrated!

Time to get on track!

With so many new cars in ACC, why don’t you head out on track and take them for a spin? Cars such as the Ferrari Challenge will reak havoc in any multiclass race with GT3s as it is just so fast in a straight line, whilst the Porsche Cup for example will keep you focussed solely on yourself – keeping it inline is certainly a challenge!

If you want some more competitive racing though, our recent partnership with LFM means you’ve got racing right on your doorstep, so if you want to read more about that and how you can get started, we’ve got an article for you. Meanwhile, we will be working hard in the background to bring you setups for the cars newest to the lineup! 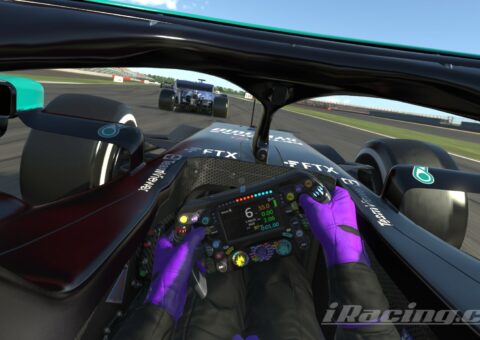 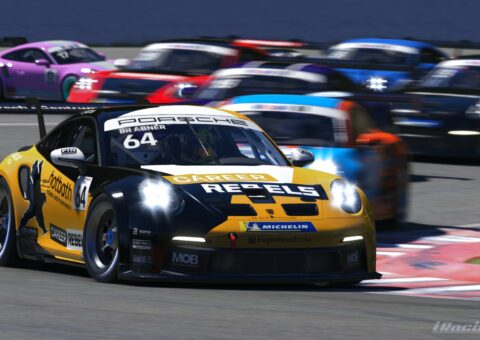