Are you looking to up your immersion in ACC? Well, Virtual Reality may just be for you. Setting up your VR headset to be perfect is absolutely crucial, so let’s through exactly how to setup VR for ACC. 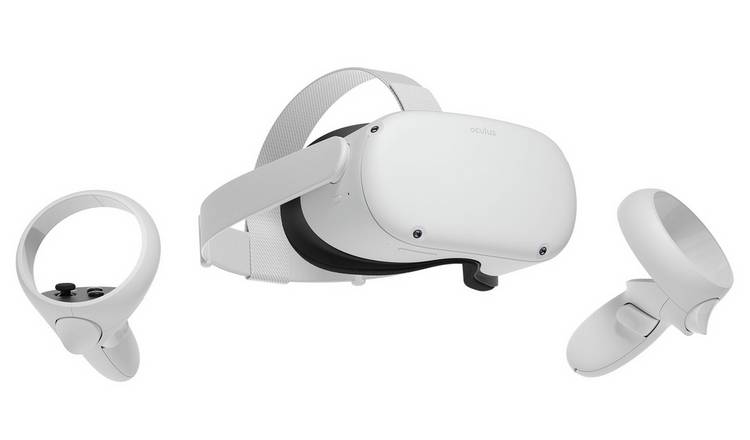 Here at Coach Dave Academy, we often talk about immersion and how important it is to feel like you are actually in the race car, as it not only improves your enjoyment of your Sim of choice but also helps you become a better driver by adding an extra dimension of spatial awareness and speed perception. This extra dimension is important, as we Sim Racers are only able to rely on what we see on screen and what we feel through a force feedback wheel.

The ability to see the world around you in Sim Racing can’t be understated. Without physically being in the car, we need every aid available whether it’s sound, feel, or visual cues. All of these have a considerable impact on whether you will be successful or not in Sim Racing. Arguably the best way to improve your level of visual immersion is through a Virtual Reality headset, but this can often be tough to configure, so, today we will talk you through how to set up VR for ACC.

Why Should I Use VR?

A viable alternative to triple displays is a virtual reality headset (VR). Many sim racers use VR as an alternative to a more costly multi-display setup. VR is a viable option for those that want a deeper level of immersion without the added cost or loss of real estate in their room.  If you haven’t experienced VR before you are in for a real treat. VR literally puts you in the race car and on the grid. You can look around the car and there’s a real sense of space once the headset is on. It’s very difficult to imagine if you haven’t experienced it because we are used to two-dimensional television and games.

VR racing in ACC opens up the world that was never previously possible by allowing you to check your mirrors as you would in a real car and it allows you to look into the apex of a corner prior to entering as well as looking at the exit of a corner before you approach it. These abilities allow you to make corrections to the car prior to entering or exiting the corner. The same is true for braking points on the track.

Naturally, things move quickly on the track so it’s imperative that you are thinking ahead and looking ahead as it’s often too late if you attempt to make a correction in the middle of a situation rather than before it happens. However, VR is not perfect, as some people may experience VR sickness, meaning that it is imperative to perfectly configure your setup.

Can I use VR in Assetto Corsa Competizione?

Assetto Corsa Competizione can utilize VR on PC with the use of a separate headset such as the Oculus Rift, HTC Vive and the like, as long as your graphics card is VR-Ready. Graphics cards such as the Nvidia RTX series cards have a dedicated port for VR headsets.

If you are a console user, your VR hopes may be dashed, depending on which console you have. Currently, the Microsoft Xbox One X and Series X don’t support VR, however, the Sony Playstation 5 does but you can only use their proprietary Playstation VR headset. Despite this, sadly, Assetto Corsa Competizione doesn’t support VR for the Playstation consoles.

As you would expect, the downside of using triple screen displays compared to VR is the cost associated with them. While it’s possible to use displays that have lower refresh rates and smaller sizes in order to reduce costs, the visual quality, immersion and performance of ACC will suffer.  However, by choosing VR, your PC is going to have to be up to the task.

Assetto Corsa Competizione is a very demanding simulation that will push the limits of your hardware even on a single display setup. If your plan is to run VR down the road, you should make sure that your hardware is up to the task. The minimum recommended hardware for VR is as follows:

Bear in mind that this is the basic recommended hardware for VR to function in ACC. This may not give you the performance that you demand but it will get you going. We would strongly recommend a more robust machine than what is shown above, even if you are running a single display.

An important note to remember is that the display resolution in VR headsets differs from standard displays. The VR headset displays are typically lower in resolution and typically run lower FPS than their standard display counterparts. VR headsets running 90 FPS isn’t uncommon and there are usually tweaks that are required to get VR to perform at a satisfying level. Expecting VR to run in an optimized state right out of the box is not realistic and if you don’t adjust the settings within the VR menu in ACC you could be left with a sub-optimal setup.

Along with a Virtual Reality headset, there comes a whole host of different settings that need to be adjusted or fine-tuned. The following settings are those that are most crucial to your VR experience.

Within the software for the VR headset, there should be a VRSS setting. This setting will give you a sharper image and improve the overall picture quality, however, this will come with a potential performance hit in the form of a lower frame rate due to resource consumption. This will allow you to render frames at a higher resolution than the native resolution of the output device. Effectively, it is upscaling a lower quality to a higher resolution and will increase the detail in areas that matter like your FOV.

The maximum framerate your VR headset can show. Make sure that you are running the highest refresh rate possible for your headset, as this will allow you to run the maximum frame rate that can be outputted and displayed, directly affecting how smooth the sim is when you are driving.

Think of this as the monitor resolution. The lower this setting the less detail that will be displayed. Like other settings associated with VR, increasing this too much will affect the performance of ACC, but will greatly increase the image quality that you see.

This is important with even single display setups as you don’t want your PC to waste resources rendering frames that can’t be displayed. The same is true with VR, so make sure that the framerate limit matches the refresh rate of your VR headset. This will help to keep your PC running as efficiently as possible in terms of rendering frames.

This setting may be something of personal preference as it pertains to how far ahead the computer will render detail. This setting will impact the performance of ACC so if you are less concerned about items on the horizon and more concerned about close and mid-range detail then this setting can be turned down for the sake of resource consumption.

Like view distance, this will be a personal preference. If the opposing cars look like they are hovering whilst driving it’s a result of a low shadow setting. Some computers have a hard time running ACC and an easy way to alleviate the load is to reduce shadow reproduction.

These settings will be subject to the VR headset that you are running and how well your computer is able to run ACC. Starting off with the mid-setting on AA is a good starting point to see how well ACC performs. The type of AA is less critical in the case of VR as the resolution is being upconverted to a higher resolution. Again, this is something that you can adjust as you see fit once everything is up and running and you can see whether the adjustment improves or compromises performance and visual fidelity.

This should match your VRSS setting All the other detail-oriented settings are going to be subject to your computer performance and personal preference. So you can hop in and make the adjustments without fear of a catastrophic failure. Figure out what works best for you and once you are satisfied you’ll be ready to enjoy ACC fully immersed and ready to improve your racecraft and lap times.

With these VR settings set up perfectly, you should have an incredibly realistic Sim Racing setup on your hands. Although VR may not be for everyone, once fine-tuned, there is no doubting the visual immersion that it brings to you.