When it comes to Sim Racing, your equipment can have a huge effect on your performances. Graphics cards at the heart of a gaming PC, so knowing which can run your favorite Sim Racing titles at high performance is hugely important. 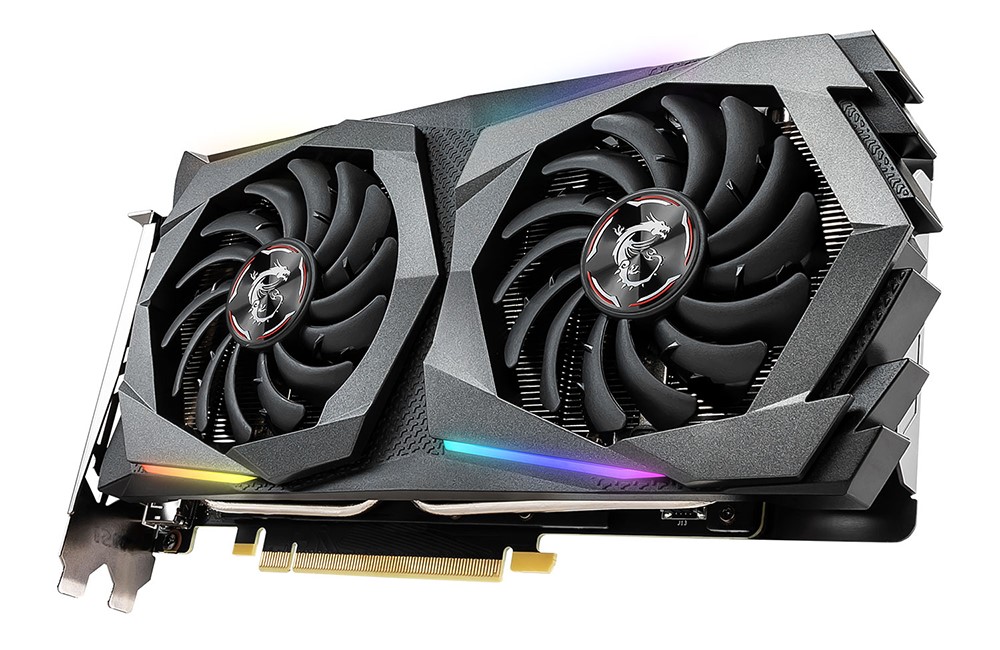 Your Sim Racing experience might not depend on your platform, but it does depend on your hardware. It is a relatively stress-free experience if you’re racing on a console, as you don’t have to worry about the specs over there. However, if you’re a sim racer that plies their trade on PC, your computer hardware specifications indicate your overall gaming performance, and we all know how important that is.

Importance of a Competent Graphics Card

For sim racing, your hardware dictates the overall reliability of a game. Not just Assetto Corsa Competizione, but any sim racing title places the most emphasis on your CPU. This is because your processor plays a massive role in simulating the physics of your car, systems, tracks and controlling the AI.

Your GPU is equally essential, if not more, in rendering everything that is meant to show up on your screen. Your graphics card is responsible for rendering the cars, tracks, weather effects and cosmetic as well as damage effects during any event. Not just that, the GPU also renders the textures, surfaces, and shadows and lighting.

With that being said, let’s take a look at a brief guide on selecting the right GPU for you:

What elements are important to consider when buying a Graphics Card?

Probably the biggest hurdle for most gaming enthusiasts is the prices of most graphics cards. For example, the latest RTX and Radeon RX cards may be pricey on the top end of the range, while you are guaranteed to find cheaper alternatives at a slightly compromised performance limit. So, fix your budget well in advance. A good idea to gauge your exact budget would be to check the requirements you need.

This aspect is entirely down to personal preferences. Your GPU and your display are related to each other, and your display requirements will define your choice. For example, if you wish to race in 4K at 60FPS (minimum), you will have to burn a massive hole in your pocket to get the top-end cards (if they are available, that is). On the other hand, most cards on the markets will do the trick if you are comfortable with 1080p gaming with 30-60FPS of performance. Similarly, if you don’t want the latest tech like Ray Tracing and DLSS, you can save some valuable cash avoiding those cards.

Lastly, it is vital to ensure you have a balanced PC configuration. A “bottleneck” occurs when one of your hardware devices is vastly underpowered than the other chipsets. For example, if you are running an RTX 2080 but have an Intel i3 processor, your CPU becomes the bottleneck, and you will not be able to extract 100% performance from your GPU. Similarly, you can have a 30-series GPU from Nvidia and an Intel i9, but they will be useless with just 4GB of RAM. So, build your PC wisely and as per your needs.

Starting our list off at $200, the XFX Speedster QICK210 Radeon RX 6500XT. With 4GB of GDDR6 RAM, it packs a healthy punch and supports up to 2 monitors with Display Port and HDMI outputs.

The RX 6500XT is capable of running games at 1080p and 60 FPS, meaning that you won’t be looking at upgrading it any time soon. It will run most games on higher settings as well, which puts it above the standard for graphics cards in the industry at the present time.

The RX 6500XT will be able to run any sim racing title at a reasonable quality at 1080p and 60 FPS. Whilst it won’t be able to run everything at Ultra High settings or be the best graphics card to use with VR, it’s a way of being able to sim race effectively and on a relatively modest budget.

The RX 6950 XT carries a hefty punch with 16GB of RAM and a clock speed of 2100 MHz. It also makes use of AMD’s RDNA2 architecture, which serves as the backbone of modern gaming consoles such as the Xbox Series X and Sony PlayStation 5. Highly power-efficient, it means you don’t need the beefiest Power Supply Unit in the world to be able to run it either.

Coming in at $1300, it is definitely a hefty purchase. As a result, you’ll need to break into a couple of piggy banks if you’re trying to fit in a card such as this one on a budget. However, with the punch it packs and the technology filling every inch of the graphics card, it’s one that you’ll get every single dollar out of.

On their website, AMD say that the RX 6950 XT can run F1 2021 at maximum settings and at 4K resolutions with a frame rate of 150 FPS. This means that it’s possible for this graphics card to run all of these games to your heart’s content, in some cases possibly simultaneously. If you’re looking at racing in VR, or other graphically-intensive uses such as streaming at 4K, this product more than fits the bill.

The 2080 Ti Founders Edition, before the release of the 30-series, was the best graphics card in the industry by a country mile. Watch the GPU deliver excellent 4K gaming performance without breaking a sweat. The price tag is scary, though.

With a Base Clock of 1,350 MHz and a Boost Clock of 1,635 MHz, the 2080 Ti FE is still above the standard of graphics cards today, meaning you are future-proofing your system to run games for many years to come. It can support 8K as well, but the recommended resolution is 4K. Opting for the MSI version is a no-brainer as MSI and NVIDIA are a match made in heaven.

The real question you should be asking is, what can the 2080 Ti FE NOT run. You should be able to run literally any game using this GPU at maximum settings, provided your hardware can match the GPU, and you won’t have to worry about a single frame drop. Whilst newer cards will be able to run VR at a higher quality and at frame rates higher than your eyes can see.

As we’ve mentioned earlier, MSI and NVIDIA are very much a match made in heaven. The RTX 3060 is the entry-level 30-series card, an improvement on the previous-generation 20-series cards. With the recommended PSU wattage coming in at a modest 550 KW, it’s also an incredibly power-efficient solution that means you don’t have to have the ultimate PC build in order to run it.

On top of that, the 3060 carries a lot of extra features to future-proof it. This includes extra strength-testing so that you can’t accidentally damage your GPU in transit thanks to its anti-bend technology. This is a card that will keep giving and giving, and will help you get through the next generations of PC gaming without as much as breaking a sweat.

Can the GeForce RTX 3060 Run ACC/iRacing/rFactor2?

With support for up to 4 displays, as well as 12GB of GDDR6 RAM, it’s likely that you could run all 3 at the same time on an RTX 3060. This would be an excellent choice if you wanted to max out your VR settings and take your sim racing immersion to the next level. Whatever way you choose to race – single monitor, triples, ultrawide, or VR, this would be a must-have monitor for any sim racer.

Take the 3060 and turn it up to 11 – this is what you get with the RTX 3090 Ti. Until NVIDIA announce the much-awaited 40-series cards, this will be the best that you can get on the market. With 24GB GDDR6 RAM available, you’ll feel like Charlie getting that Golden Ticket if you get your hands on one. It requires a lot of power, with NVIDIA recommending an 850 KW PSU to complement the card, but given the behemoth of a GPU that you’re getting it will be an excellent choice.

The RTX 3090 Ti will satisfy your gaming needs for years to come. With the latest technology in ray tracing and super-sampling, it’s going to be perfect for anybody who wants a computer that can do anything. You could easily stream high-quality VR streams at a lossless quality, as well as run all varieties of different applications on the side. This is, without a shadow of a doubt, the best graphics card out there right now for sim racing.

And those are our best nominations in the GPU category that you should aim for if you want to have a comfortable and competitive sim racing experience. PC building is a slow and calm process. So, take your time to select each component. As always, Coach Dave Academy is here to help you with your racing needs.