Understanding Penalties in ACC: In game and from the race stewards

Penalties in Assetto Corsa Competizione can be a complex topic to understand for new and experienced players. Fortunately we have a detailed guide on all types of penalties and punishments that are on offer. Using this guide you can become an expect yourself and keep yourself out of those unfortunate situations. 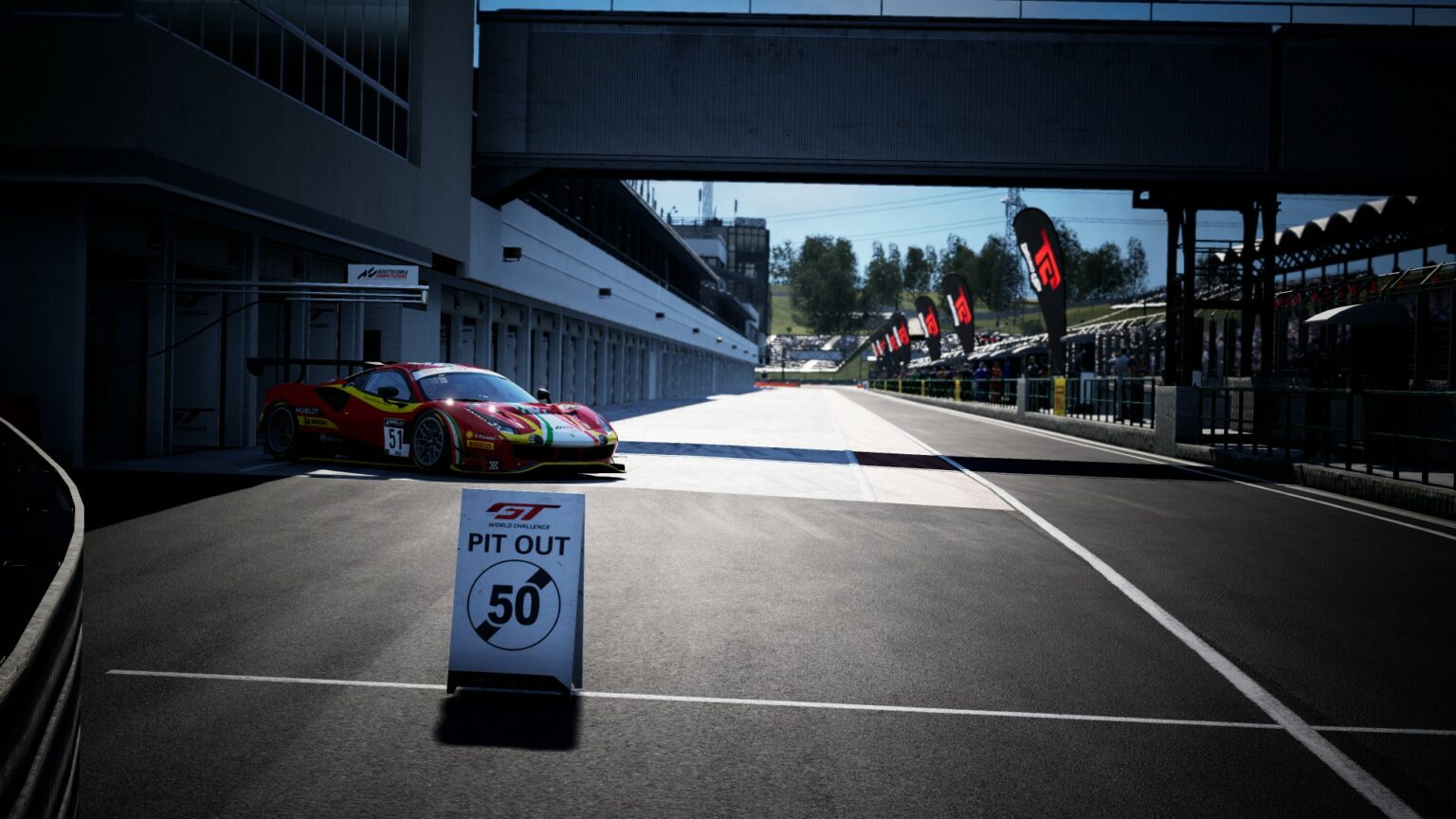 Regardless of your experience in Assetto Corsa Competizione, it can be somewhat confusing getting your head around all the various types of penalties issued not only by the Sim but also by the various leagues and competitions.

Here at The Coach Dave Academy, we’ve broken down all the types of Sim Racing Penalties you can expect to encounter, how to collect them, and most importantly how to remove them.

The following penalties will be awarded by Assetto Corsa Competizione’s in-game penalty system. These are mandated by the game to be served in some form during the race itself or will have consequences for a driver’s safety rating.

There are three main types of penalties the game will generally issue, those being; a drive-through penalty, a stop-and-go penalty or disqualification.

Unlike many racing games, Assetto Corsa Competizione acknowledges off-track excursions where the driver has not gained time and no warning or penalty will be issued. However, if a driver gains time for track extending or corner-cutting, they will first be issued a warning. Three warnings will be issued before a drive-through penalty is awarded.

If this drive-through is unable to be served by the end of the race then 30 seconds will be added to the driver’s race time. If however, there is ample time and the drive-through is not served, then that driver will be disqualified. Repeated track limits offences after the initial drive-through penalty will result in either a 20 or 30-second stop-and-go penalty.

While there is no in-game penalty for causing a collision, a driver’s safety rating will be negatively affected – resulting in a slight safety rating reduction. Regardless of who is technically at fault, all drivers involved with an incident will receive a safety rating infringement.

Pit lane infringements can be incurred for one of two reasons – speeding in the pit lane and blocking the pit lane.

Driving in the wrong direction

The Sim Grid is our sister site that allows all ACC fans to easily take part in a race against similarly skilled drivers. With strict rule enforcement, they ensure high-quality racing. The following penalties are awarded by The Sim Grid stewards and can either be issued during a race or post-race.

These penalties are often issued for incidents the in-game penalty system is not equipped to deal with, which can be found on the rules section of The Sim Grid website.

Incidents are classified into five categories and punishments are issued accordingly – the details of which can also be found in the rules section on The Sim Grid website. Each category is detailed below.

Racing incidents occur simply as a result of the nature of racing with multiple cars on the one track. In a racing incident, none of the drivers involved are at fault and no penalty or consequence will be awarded. For example, two cars could be racing for position and make contact in a way where neither driver is at fault or has driven in a negligent manner. As this does not involve a penalty being issued, there is no way to serve this during a race.

Warnings are issued when a driver needs to be made aware of their actions but a penalty is not issued. A warning may be issued for incidents such as exceeding track limits and blocking. As this technically is not a penalty, there is no actual way to serve this during a race other than refraining from committing the offence again.

A violation is issued when a driver violates a rule or causes an on track incident, but does not warrant a penalty. However, if two violations are issued, a penalty will be applied. This may be issued for such incidents as a lapped car defending against the race leaders. A violation does not need to be served unless a penalty is given, in which case, the driver must serve whatever penalty they are awarded.

The Sim Grid stewards can issue time penalties ranging from 5 to 20 seconds, depending on the severity of the incident. These penalties are issued to drivers who have caused an on-track incident that has resulted in another competitor losing a position or losing significant amounts of time. This may be issued for such incidents as avoidable contact and chatting while it is not permitted to do so. Such penalties will be added to the driver’s race time upon the conclusion of the race or to be served at the car’s next pitstop.

Two different types of pit lane penalties can be issued by The Sim Grid stewards – drive-through penalties and 30-second stop-and-go penalties, depending on the severity of the incident.

These are issued for serious on-track incidents that result in significant damage being caused to another car. Incidents such as these are usually the result of avoidable contact or other forms of negligent driving. Drive-through penalties are also awarded for flag violations and chatting whilst the use of the chat is not permitted.

Stop-and-go penalties are also awarded for repeated offences of chatting while it is not permitted to do so and any penalty related to probation (see website). Much like those issued by the game, a drive-through penalty issued by The Sim Grid simply involves traversing the pit lane at the correct speed while not stopping for a pitstop and a stop-and-go penalty involves stopping in your pit box for 30 seconds.