Racing Etiquette 101: How to Behave on Track

Every sport has its own set of rules and regulations, and while the written rules are easy to learn and follow, it’s the unspoken ones that are only learnt through others and practice and experience. Just like real-life racing, sim racing also has a host of unspoken rules and regulations. And every driver who wishes to race with others must know of the racing etiquette to be followed. There are more complex details when we enter the realms of tournaments and leagues and such, but here are some essential racing etiquette points you must know. We covered Racing Etiquette briefly in our Beginner’s Guide to Assetto Corsa Competizione, but it’s time to dive deeper.

The first and foremost session of any event is the pre-race session. All formalities must be completed before the race occur here. Punctuality is your friend here, not just pre-race but for the entire session as well. Make sure you arrive at the meet well before time (be it Discord or any other platform used by the organisers) and attend all the Briefings and calls scheduled for the session.

Remember, being late is only detrimental to you as no one will delay the event waiting for you. It is polite to be ready before the organised time. Ensure your sim setup and rig are up and ready to go, as hardware issues are the worst moments you can encounter just before a race. As a tip, ensure that whichever game/software you are racing on is up-to-date and running without any problems. Launching those applications at least a few minutes before your event is recommended.

Use this space to get used to the car and the track. Practice sessions are great for getting to grips with your ride as well as track conditions. Remember, it is just Free Practice, and there is nothing here that you need to fight for. Everyone on the grid is preparing for the race and going through potential strategies at their own pace. So it is crucial to focus on your preparations while being mindful of the others on track. Keeping a low profile is the best course of action.
Try to find the input for getting your tire pressures right under the weather conditions present in the server, as well as gauging the grip on the tarmac. And while there are other racers on the track with you, you don’t necessarily have to go shoulder to shoulder with them. You can race against people in free practice, as long as you don’t excessively block other racers. All in all, free practice is a great moment to warm up for the qualifying and race, and the main etiquettes you need to follow is keeping your nose clean and not being a hindrance for other cars on the grid.

Qualifying is when the competitive phase begins. The protocol for a clean qualifying session is to record your best lap times without sabotaging anybody else. As a racer starting their out-lap, use your mini-map to judge whether people on a fast lap are close when exiting the pits. Timing your exit in clean air is ideal for everybody, but should you encounter traffic, please move away from the racing line and let everyone pass. You can get into qualifying mode towards the end of your out-lap and continue pushing until the start of your in-lap.

If you get blue flags during qualifying, that means someone on a timed lap is approaching you. Please let them pass your car. When starting a flying lap yourself, make sure there is about a 2-3 second gap between you and the person in front to make sure you don’t hinder each other. Always try to utilise the entire session instead of setting your times at the very end. That way, you have some banker laps to fall back on in case your hot lap is ruined. Do not compromise other drivers by rushing through the qualifying stage.

It is entirely valid to state that racing is in the heat of the moment, and mistakes happen. But there are still some etiquettes to follow even when one makes mistakes. First and foremost are race starts. The essential discipline to follow during a race start is not to push any car off the track, not rear-end a car in front of you, and not brake check a vehicle behind you. This follows right up to Turn 1 (and beyond), and healthy racing is critical.

When following a car, remember to follow them at a safe enough distance. This is called close racing, and some championships may even have specific rules governing close racing. This rule is followed to ensure that the leading car’s blind spots don’t cause a collision with the chaser or that the chaser does not hit the vehicle in front by braking too late.

A similar pattern is to be followed while duelling or contesting/defending an overtake. Respect is crucial when you race wheel to wheel with someone, and space is to be considered at all times. When you take the inside line to overtake, ensure that the other car has one car’s width of space on the outside line of the track and vice-versa if you are on the outside. While defending, please follow the One Move Rule, wherein you cannot change your racing line more than once when defending from a car behind you. It is vital to race hard but fair at the same time.

If things get a little toasty and you end up wiping someone out, don’t hit and run. If it was indeed your fault, wait for the other driver to recover and resume racing. On the other hand, if the collision meant you are gaining their position, it is polite to give them their place back and continue racing.

Another critical factor to consider is a blue flag. Blue flags can mean two things. First, if you are shown a blue flag, you are close to being lapped by a frontrunner. Second, if you approach a backmarker (shown the blue flag), you are closing on slow traffic and must overtake them with caution. Therefore, blue flag situations must always be dealt with calmly and without causing any issues for either of the cars.

Backmarkers in GT racing don’t HAVE to move out of the way under blue flags. They are allowed to, but they don’t have to. In GT racing, blue flags are a heads-up that a faster driver is approaching and wants to pass. It is up to the faster driver to make this a clean pass. The backmarker, however, is not allowed to block the move of a quicker driver. So if you want to let a faster driver by, don’t suddenly brake.

Get off the racing line first, then just lift. The best way to let people pass you is to go a bit deeper into a turn/hairpin by braking later, drifting wider on straights, or both. This minimises time lost on your end if you let someone pass!

Pit stops are super easy to understand and execute. Most pit lane infringements will award you penalties, such as speeding and crossing the pit exit line. However, you also have to follow some etiquette during a pit stop. If you see a car ahead of you diving into the pits, don’t try to overtake the slowing car just to cut in line. You will not only endanger your race but theirs too. Pit exits must always be executed looking at nearby traffic on the main straight. If two cars dive into the pits simultaneously, remember it is always better to concede the spot than to wrestle and risking ending yours and their race.

As for the penalties, understanding all the penalties associated with GT racing and racing, in general, is the most crucial aspect of sim racing, in which you need to be thorough. Many games have an automated penalty system for incidents like collisions and corner-cutting. Some even have punishments in place for pit entry and exit infringements. Always serve your penalties to minimise any compromises you have to make during your race. Unserved penalties (unless post-race) may cause more issues once the race ends. Regardless of the reason behind a penalty, it is always wiser to serve it first and then contest or appeal for it later.

There isn’t much to do after the race, you may think. However, making an appearance post-race is valued just as much as before and during a race. Some organisers may want to speak to drivers, while some may want to schedule some events with the racers on the grid. If you DNFed or simply had a bad race, you might feel like quitting and exiting the event altogether. But you should try to avoid doing that.

If you’ve DNFed, staying on as a spectator is a polite thing to do. If you have a bad race/the race may already be over for you in terms of points, you should still see the race through as a mark of good sportsmanship. Remember, treat other racers the same way you want to be treated.

If there is one constant over an entire race event, it is about behaving with stewards and other sim racers. Most of the stewards who monitor race events are volunteers, and it is often a thankless job. However, all debates and disagreements must be sorted with the stewards harmoniously and peacefully, and shouting or getting angry at the stewards is not the way to go.

Similarly, one mustn’t get cross with other sim racers on the grid too. Not every single racer out there is on the same level as you. Some are beginners while some are veterans, but every racer out there has its own driving style. Accidents are unavoidable, and they will happen now and then, but none of it is intentional (there are rare exceptions but let’s leave it at that).

Don’t be so hard on the other racer if they collide with you. Similarly, own up to your mistake if you are the instigator. Like we said before, treat other racers the same way you want to be treated. Trust us, they will remember this polite gesture, and it’ll go a long way in the future.

And there you have it. There may be many more etiquette norms to learn and follow depending on the place and people around you, but politeness and discipline go a long way in being a part of the sim racing community. Practice your etiquette techniques over at Daily Racing as you learn to navigate the various facets of a race. Take part in the multiple championships at SimGrid to better understand the professional etiquette systems in place. You can always visit the Coach Dave Academy to gain more helpful insights such as this one. Until then, happy racing, respectful racing! 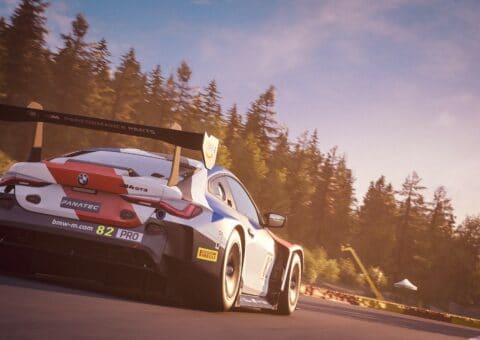 What has changed in ACC with Version 1.8?

Version 1.8 of Assetto Corsa Competizione dropped last week, and has brought some huge changes, from new physics, to a brand new car. 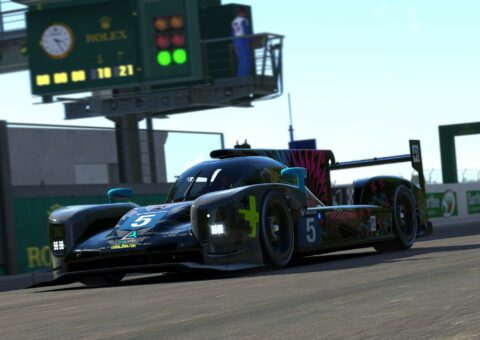 iRacing is compatible with many third party apps, all of which are designed to make your experience better. Let’s see which will help you out on track the most.

Copyright 2021 © All rights Reserved. Coach Dave Academy is part of Speed Capital Ltd. Designed by David Perel.
All trademarks referenced on this site are property of their respective owners.