Everything you need to know about the iRacing Road Pro License

iRacing uses a licence progression system to allow drivers to work their way from beginner cars and racing series to cars and series that require higher levels of skill, experience and racecraft.

We mentioned in a previous article how to move from the Rookie class to a D licence by ensuring that you meet the minimum participation requirements and Safety Rating (SR). This method will see you progress all the way to an A Licence. As long as you have the required Safety Rating and participated in the minimum amount of races, then you will automatically get promoted from Rookie to D, C, B and eventually an A licence.

However, the iRacing Licence system doesn’t end there. There’s the Pro Licence that we see every now and then on iRacing but never quite understand how these drivers got it. This licence is in a special category that is aimed at pro-level drivers. If you think the regular A Licence races are not enough of a challenge and want to see how far you can push yourself to compete with the best sim racers in the world, then the iRacing Pro Licence is for you.

The first step on the road to obtaining an iRacing A Licence is to make sure you have a Class B licence with an SR of 4.0 or preferably an A Licence. Thereafter, you need to enter the Porsche TAG Heuer Esports Supercup Qualifying series.

This special series involves driving the Porsche 911 GT3 Cup car over a six-race season. Grid sizes are a maximum of 30 cars that may include drivers of not only A Licence class but the possibility of Pro Licence as well. At the end of the season, the top 15 drivers will move on to the Porsche TAG Heuer Esports Supercup Contender Series.

The Porsche TAG Heuer Esports Supercup Contender Series is similar to the Qualifying Series, where drivers compete across a six-race season but with 15 drivers from the Qualifying Series and the other half being drivers that competed in the previous season’s Porsche TAG Heuer Esports Supercup and finished in the bottom 15 of that series. iRacing also allows 5 additional drivers entry into this series that are classified as VIP. These drivers gain access to the series at the discretion of iRacing.

This, of course, means that the level of competition will be crazily high, with minor mistakes being enough to cost you several positions and eventually preventing you from moving up to the Porsche TAG Heuer Esports Supercup. The good news, though, is that once you gain entry to the Contender series and are one of the 35 drivers allowed to compete, then you will be awarded a Pro Licence just before the series starts.

Coach Dave Academy can help with providing advanced one-on-one driver coaching where our pro drivers can help you make that final step to the top.

These 35 drivers are essentially considered some of the best road racing drivers in iRacing and will drive their Porsche 911 GT3 Cups to fight it out to the top 15 at the end of the season. Thereafter, these 15 drivers will be allowed to join the top 15 drivers from the previous years’ Porsche TAG Heuer Esports Supercup.

The Porsche TAG Heuer Esports Supercup is the ultimate series in iRacing. It comprises the best road racing drivers that came through via the Qualifying and Contender Series, as well as the top 15 from the previous years’ Supercup Series.

This series is the highest level of competition in iRacing. It typically comprises drivers that practise for thousands of laps, have their own race engineers and drive as part of a team. This is probably as close as it can get for a sim racer to drive for a real racing team.

The series consists of 6 races, with each race split into a Sprint race and the Main race. The drivers will be expected to live-stream their races as well as attend interviews. The entire series will be broadcasted live, which gives us fans a chance to watch these incredible drivers compete for their piece of $200,000.

The road to a Pro Licence starts with the Porsche Supercup Qualify Series, moves to the Contender series and ends with the Supercup. Top drivers will acquire a Pro Licence along the way, but it will involve dedication and determination at the highest level. This series isn’t for everyone but for those few that reach the Supercup Series; they can be sure that they are the best drivers on the iRacing service and amongst the best sim racers in the world. 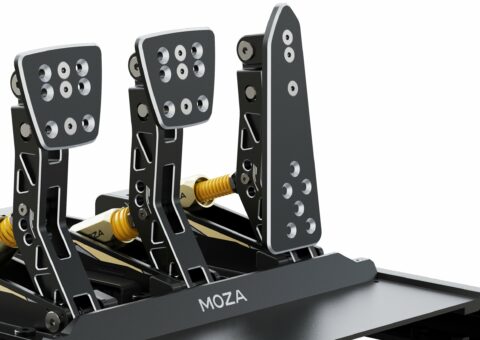