If you are a Playstation Sim Racer and are looking for a new racing wheel, this is the place to be, as we will be talking through the best racing wheels for Playstation. 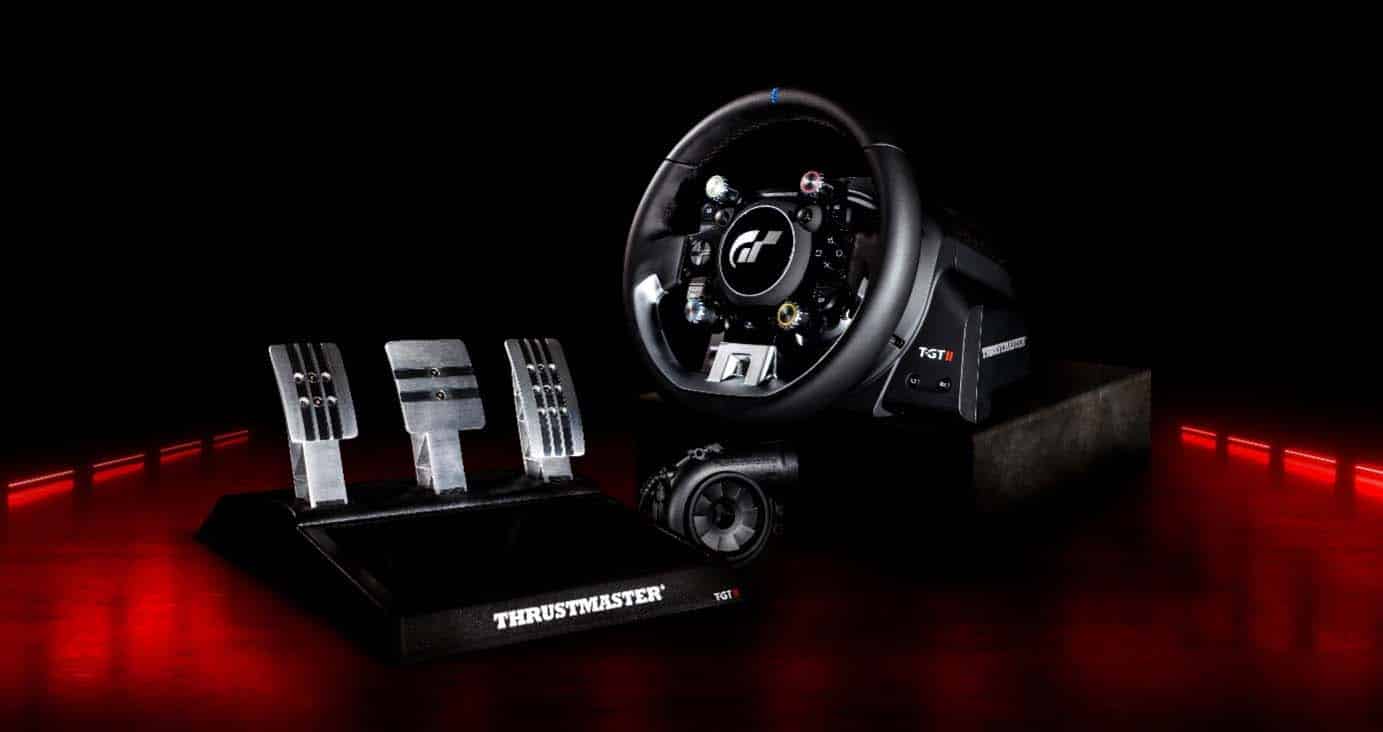 The PlayStation 5 has a lot to offer sim racers. In addition to console ports of some of the best sim racing titles out there such as Assetto Corsa Competizione, it also boasts exceptional exclusive titles such as Gran Turismo 7. However, unlike with computer gaming, there isn’t the same kind of variety when it comes to equipment that you can use on a PlayStation.

In this article, we’ll dive into some of the best solutions out there to help you sim race on a PlayStation 5. From budget solutions to top-of-the-line technology, these wheels will help you turn that extra lap and find that next tenth of a second.

What Should I Look For?

What Do I Need To Consider?

Perhaps the most important element to consider when buying a PS5 wheel, compared to simply buying one for a PC, is that you are investing in a particular ecosystem. On a computer, you can typically run a wheelbase and pedals from two separate manufacturers with little issue as you can assign different inputs to different devices.

However, on a PS5, this is not possible as it requires every input to come from a single device. As a result, if you are looking at purchasing a wheel, the upgrades available in that brand’s ecosystem must also be considered. If you are looking at a Logitech G923 for instance, you cannot purchase any upgrades as Logitech does not currently manufacture parts such as Load Cell pedals. Likewise, if you’re looking at Thrustmaster or Fanatec you can only purchase upgrades from whichever brand you have originally purchased from.

As a result, looking at each component part becomes even more important. For example, if you’re looking to invest in a long-term run of sim racing, is it worth purchasing a Direct Drive wheel from the outset? Likewise, is it worth compromising on pedals that use potentiometers when buying a wheel in order to save those crucial extra bucks?

Starting our list off at a modest €229.99, the Thrustmaster T150 Force Feedback is as fantastic a budget offering for the PlayStation 5 as it was for the PlayStation 4. With a maximum 1080 degrees of rotation that can be adjusted down to 270 degrees depending on the game that you’re using it for, it’s something that is adaptable to any sim racing situation.

Perhaps the biggest strength of the T150 is that it’s an excellent starting point with the Thrustmaster ecosystem. Whilst higher-end products allow for different rims to be attached, the T150 allows for upgrades to the T3PA 3-pedal solution as well as the T-LCM solution that comes with a load cell brake. It is also compatible with other Thrustmaster add-ons such as the TH8A shifter.

However, there are some compromises that you make when purchasing the T150. Firstly, the pedals that the T150 comes with as standard is of a plastic build whilst most of its competitors will use metals for a sturdier feel. The force feedback bears a similar compromise, as the belt and pulley system brings consistency but doesn’t have the same detail as higher-end systems.

More expensive than the previous-generation and also-compatible Logitech G29, at €399 the Logitech G923 TRUEFORCE is the next evolution in the most popular series of wheel on the market. A tried-and-tested solution, the G923 features its patented TRUEFORCE system that’s endorsed by athletes such as two-time F1 World Champion Fernando Alonso. The system adds more depth to the gear-driven force feedback design, meaning that you can feel more through the wheel while still keeping the reliable system of force feedback.

However, the tried-and-tested solution is also arguably the biggest flaw for the Logitech wheel. The gear-driven solution gives feedback that can be considered inconsistent at times, and the potentiometers in the pedals can become clogged and stop working if they’re in a place where they can gather dust and other small debris. Whilst it is still a good product with a solution that has stood the test of time, other wheels at the same price could be considered better value-for-money.

At €399.99, the Thrustmaster T300RS GT Edition is a competitive alternative to the Logitech G923 TRUEFORCE. Using two belts to deliver consistent and linear force feedback, it also features 16-bit resolution in the steering wheel allowing for more pinpoint accuracy in your steering inputs. The first of the wheels on this list to carry licensing from the legendary Gran Turismo series, the T300RS is a great solution for someone serious about their console-based sim racing. It also features as part of an ecosystem, meaning that the default wheel rim can be swapped out for any of the options that Thrustmaster have available on their website.

The T300RS is a dependable option for somebody serious about sim racing for the long run. With the ability to further upgrade the overall package with the Thrustmaster T-LCMs, an addition that ranked top in our list of The Best Sim Racing Pedals, this is a fantastic option for any sim racer and at any level. If you’re looking for a new wheel, and especially one that works on the PS5 platform, the T300RS is an excellent option.

Starting at €699.95, the Fanatec Gran Turismo DD Pro is a means of bringing a relatively-affordable Direct Drive wheel to PlayStation platforms. Whilst the Podium Racing Wheel F1 is also an option, its price of €1,799.95 could deter even the most ardent sim racer from picking it up. The Gran Turismo DD Pro is a PlayStation-compatible version of the ever-popular CSL DD, the wheelbase that we recently recommended in our article on The Best Fanatec Wheels.

Also available in boosted to 8Nm of peak torque at €849.90, the biggest difference between this and the other options on this list is the Direct Drive functionality. This gives seamless and instant force feedback at a higher strength than its rivals and, with the Fanatec CSL 2-pedal set as standard, you can expand on your initial investment in several ways. One can be by adding a Load Cell pedal for your braking, either by purchasing the CSL Load Cell Kit or by upgrading to the ClubSport V3 pedals that feature vibration motors on the brake. Another can be by changing the rim to one of many options available within the Fanatec ecosystem, which you can find out more about in our article on The Best Fanatec Wheels. The world really is your oyster in this case.

Last on our list, and by no means least, is Thrustmaster’s top-end offering in the Thrustmaster T-GT II. With prices starting at €749.99, this wheel comes with all the bells and whistles on top of Gran Turismo branding. Coming with the T3PA pedals as standard, you can also upgrade this unit with the T-LCM pedals as well as other fancy add-ons from the Thrustmaster ecosystem.

Developed in conjunction with Polyphony Digital, creators of Gran Turismo, there are some fantastic and unique features on this wheel. These include features such as Drift Curve Calculation (T-DCC), which makes it easier for drivers to sense the car slipping, and Depth Feedback (T-DFB) which gives users a three-dimensional sense of environment and allows you to feel how each corner of the car is behaving. Whilst it isn’t the Direct Drive standard that Fanatec is setting, it is the best of the best that you can get without being on a Direct Drive wheel.

We recommend the Thrustmaster T300RS GT Edition for sim racing on the PlayStation 5. Not only is it backwards-compatible to older PlayStation systems, it also comes with seamless force feedback and an introduction to the thrilling Thrustmaster ecosystem at a relatively modest price. Why not, for example, purchase the Ferrari SF1000 rim that replicates the 2020 Formula One car and double up with the spectacular T-LCM Pedals with an easy-to-modify load cell brake?