The Top 5 Tracks to Buy on iRacing

iRacing has a whole host of incredibly high-quality tracks available for purchase, but which ones are truly best to get your hands on? 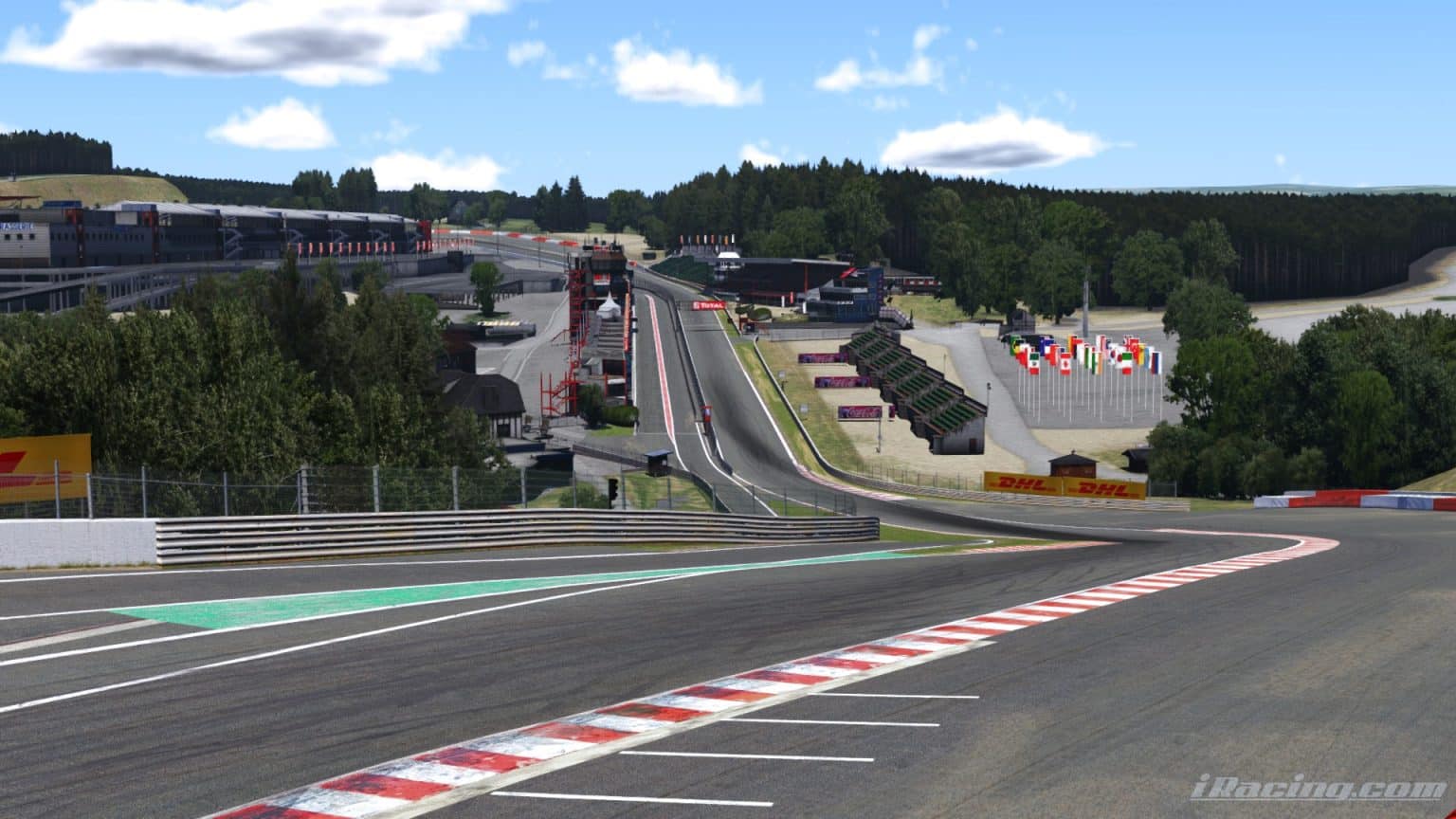 iRacing has arguably the best quality tracks in Sim Racing, with incredible detail and accuracy thanks to the laser scanning technology used for all content. However, that high quality comes at a price, and that can make it critical when choosing tracks that will give you the best value.

A good way of choosing tracks is to find out which ones are used in the series that you plan to race in and purchase, mainly, those. This ensures you can race an entire twelve-week iRacing season at a relatively minimal cost. However, what if you want to race in multiple categories? For example, do you plan to race in the IMSA series driving the new BMW LMDh, as well as race Formula 4 and GT3 cars, all of which you buy setups for thanks to Coach Dave Academy’s iRacing Setup Subscription?

The following tracks represent the most popular tracks on iRacing and across multiple categories that will ensure that you’ll be covered no matter what you race.

Spa-Francorchamps has been a part of the Formula One World Championship for decades, with famous corners like Eau Rouge, Pouhon and Blanchimont. It has a blend of high-speed sections with a couple of really slow corners that require a setup that’s not completely skewed towards top speed. Coach Dave Academy provides a wide range of setups for multiple cars and tracks on iRacing that our engineers and drivers have built after many hours on the simulator, making sure that you have the best possible setup for either a race or qualifying session.

Overtaking opportunities can occur at multiple corners at Spa, with Turn 1 La Source and the end of the Kemmel Straight being popular locations, with the approach to the Bus Stop Chicane also being a possibility. The track is wide in certain sections, which encourages different lines to aid with overtaking but track limits are tight and will be punished with a slow-down penalty if you’re not careful.

Spa is loved both in real racing and sim racing, and full grids of cars are found in the majority of iRacing series that race there. Being so popular, you often see it on the calendars of iRacing’s core series.

Many thought that this track was doomed when it was removed from the F1 calendar in 2004. Some years later, it was bought by Red Bull and renamed the Red Bull Ring in place of the old A1 Ring. Thankfully, Red Bull only made minor changes to the track and kept the old layout essentially unchanged. The track isn’t very wide but has solid overtaking opportunities into Turn 1, Turn 3, Turn 4 and sometimes the odd opportunistic move into Turn 5.

With several slow corners leading onto fast straights, it’s important that low-speed traction is prioritised and combined with balanced aerodynamics to allow for decent top speeds as well as solid cornering grip through the middle part of the track and especially the two fast corners that lead onto the start/finish straight. The Red Bull Ring has only ten corners, with Turn 2 not really being a corner which makes it seem like a straightforward track to learn to drive on. However, it is actually quite tricky to master but will provide rich rewards to those that make an effort to learn its intricacies.

Nevertheless, its variety of corners and good overtaking opportunities thanks to its long straight mean that you are bound to find it on many series schedules every season. Due to it’s size, it’s also suitable for a wide variety of cars from the LMDh class, all the way down to something like Formula 4 or the Mazda MX-5.

Watkins Glen is used in real-world racing in multiple racing categories using multiple track configurations varying from Nascar to Indycars and IMSA endurance racing.  iRacing supports all of the track configurations available on the real track, but they all have one thing in common: speed. Lots of speed. The key to Watkins Glen is to carry speed smoothly, everywhere.

It’s, therefore, critical that your car is set up for high-speed stability to allow for minimal steering inputs and reduced tyre wear. It’s not very easy to overtake safely at Watkins Glen due to the high speeds and short braking zones. Still, a good setup and carefully planned and executed side-by-side slipstream-based overtakes will be an effective method to pass with minimal risk of contact.

Not only does this make Watkins Glen incredibly popular, but it’s also great to race. If you needed persuading anymore, it also is a regular host of endurance races thanks to its placement on iRacing’s special event calendar.

Similarly to Watkins Glen, Sebring is used across a wide range of racing categories, including the pinnacle of endurance racing, the FIA World Endurance Championship. iRacing has captured Sebring in all its concrete-clad, bumpy glory. The lovingly recreated this amazing track that’s quick to punish poor driving but also rewards the drivers that are willing to understand the track’s bump profile and manage the setup and driving style to go with it.

Sebring has a variety of corners with some overtaking opportunities into slow corners like Turn 7 and Turn 10. If you get a good exit out of the ridiculously bumpy final corner, then there’s a chance to overtake into the fast Turn 1 if you’re brave.

Sebring is more about consistency than pure speed. Due to its bumpy surface and high kerbs in certain areas, it’s important to take neat, precise lines and try not to overdrive the car. Despite this, the track remains popular on iRacing, with a huge variety of racing series competing there that ensures you will always find a race.

Once again, its popularity in real life makes Sebring a hugely popular location in the sim.

Monza has been on the Formula 1 calendar since the very beginning, in 1950. The track in its current form is essentially high-speed straights interrupted by three chicanes and three fast corners. However, those historic corners with classic names like Curva Grande, Parabolica, Ascari and Lesmo are also deceptively difficult to master. The track may seem simple at first glance, but braking late with consistency into the chicanes is critical since the speeds are so high into the braking zones. A low downforce setup is vital, but good stability, especially during fast direction changes, is important to ensure that fast laptimes can be maintained throughout a race distance.

Monza is amazing for racing, with opportunities to overtake being present at all three chicanes and into the Parabolica. The big downside is that small mistakes can be punished heavily due to the high speeds, and a tiny error could cause catastrophic damage to your car. Nevertheless, Monza is always a firm favourite on iRacing and finding races there will never be a problem, whatever car you drive.

Road America didn’t make the Top 5, but it was very close to knocking off Monza with its fast and sweeping Turns 1 and 3 combined with three fast straights with a couple of tricky sections like the fast Carousel that leads into Canada Corner and the blind approach Bill Mitchell Bend. Just like some of the other tracks in the Top 5, Road America has solid overtaking opportunities, with Turn 5 being the best and Turn 12 being a decent spot as well. The track is not just fast but has a good mix of slow and fast sections that forces you to use all of your skills as a driver.

The Daytona International Raceway is another American circuit that deserves some air time. Forever popular due to its unique challenges and features such as the bus stop chicane and its infamous banking, you could never go wrong purchasing Daytona. Don’t forget that it also regularly hosts the Daytona 24 hours too, w

The five tracks we mentioned are all fantastic tracks that are extremely popular on iRacing and are amazing to drive. You will never have issues finding races on these tracks, regardless of the series you race in. 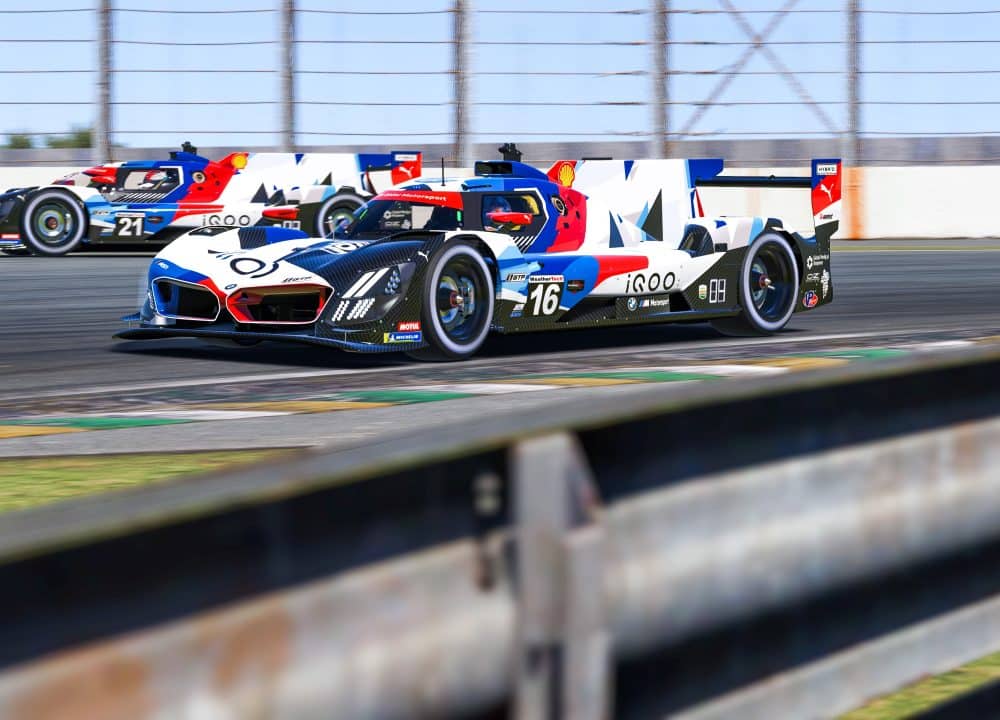 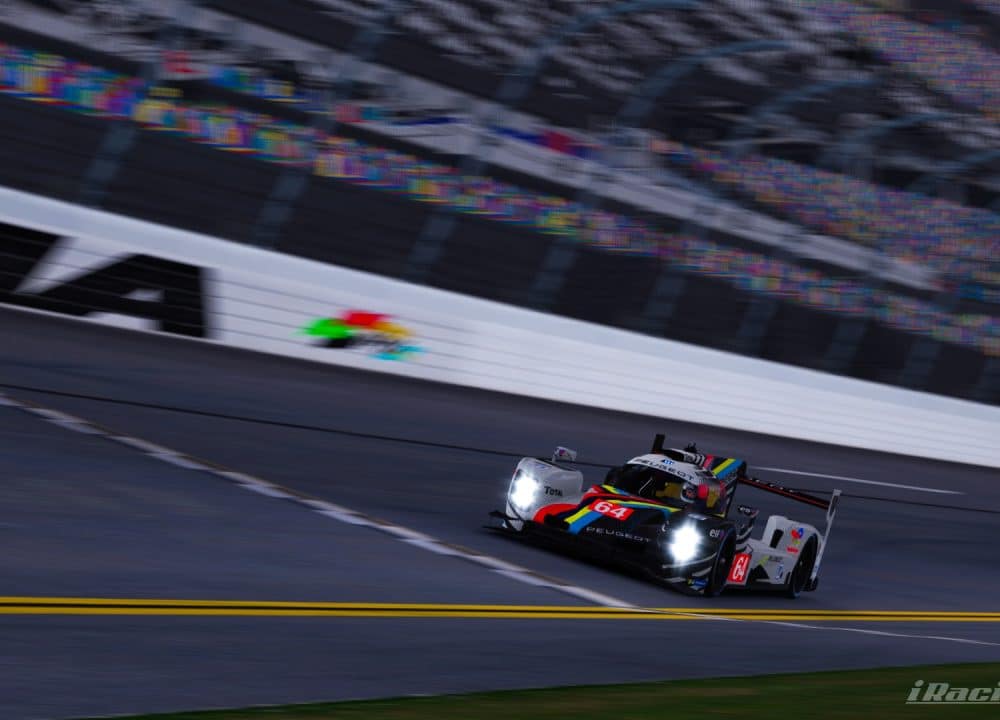